The hottest Funk, Disco, Soul and Jazz Funk classics of the 70’s and 80’s. Californian Style!

Available on all digital platforms and CD on Amazon.

Exclusive Advanced Release - Only on CFM 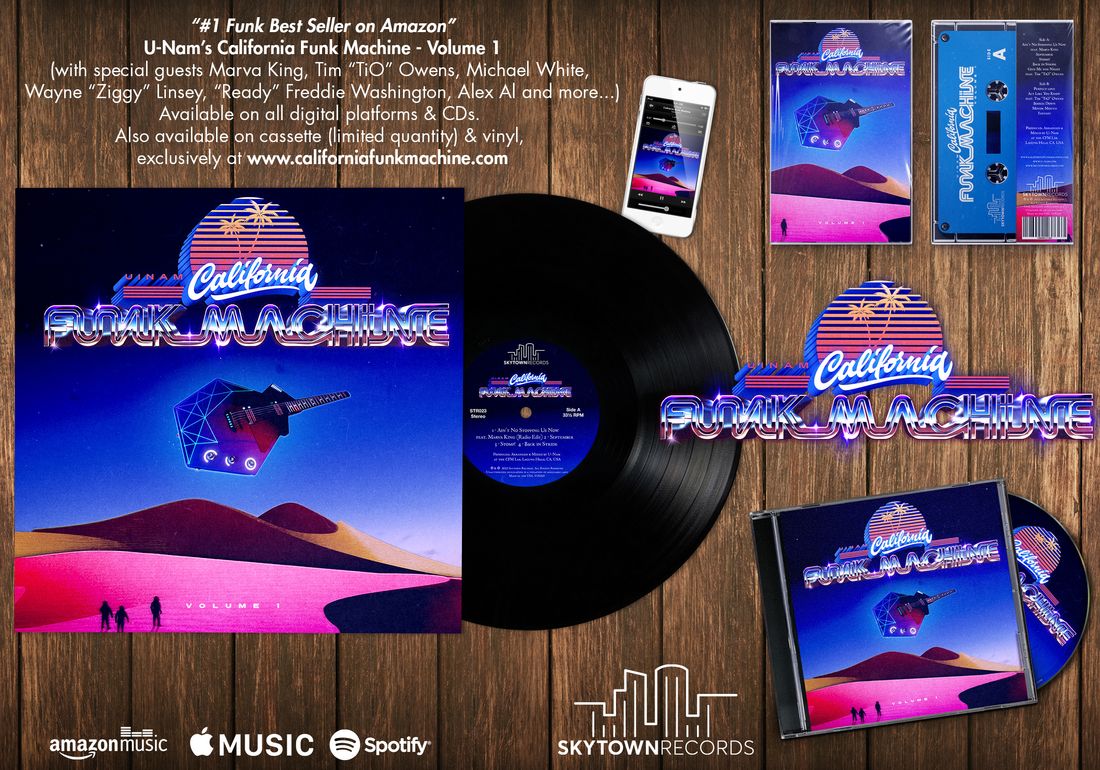 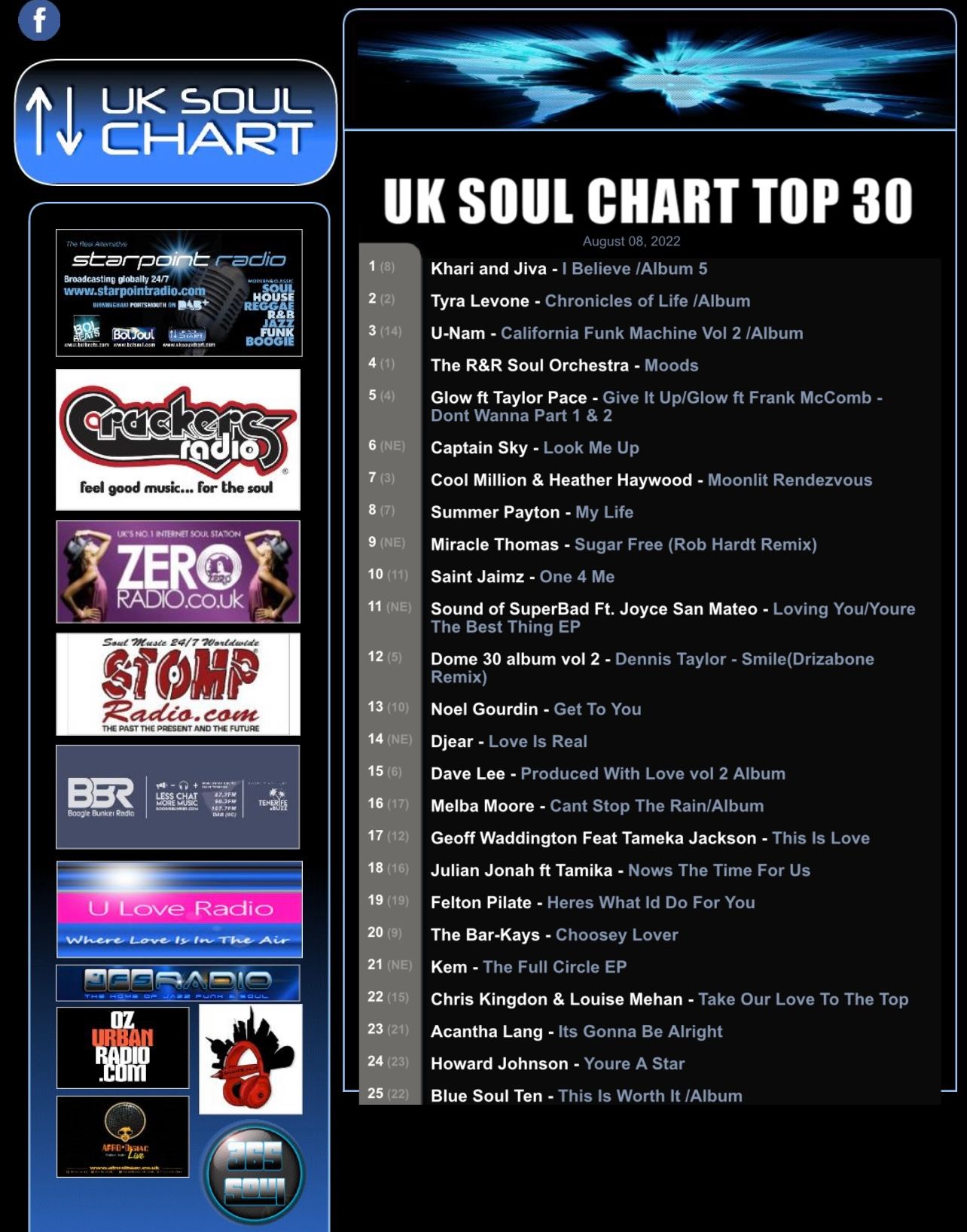 Read the whole review on: 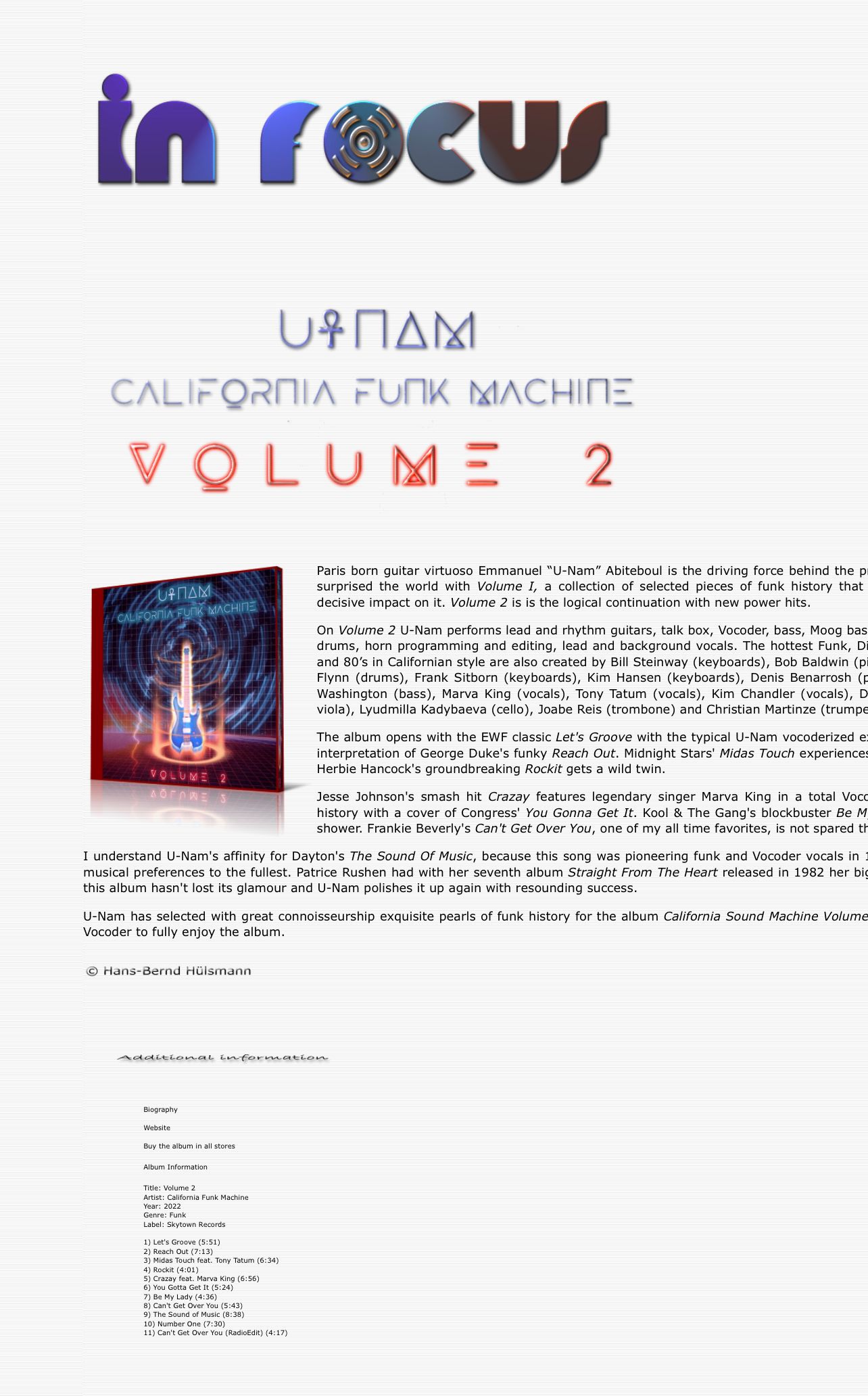 Volume 2 has just entered directly at #20 on the Solar Radio Top30 Chart! 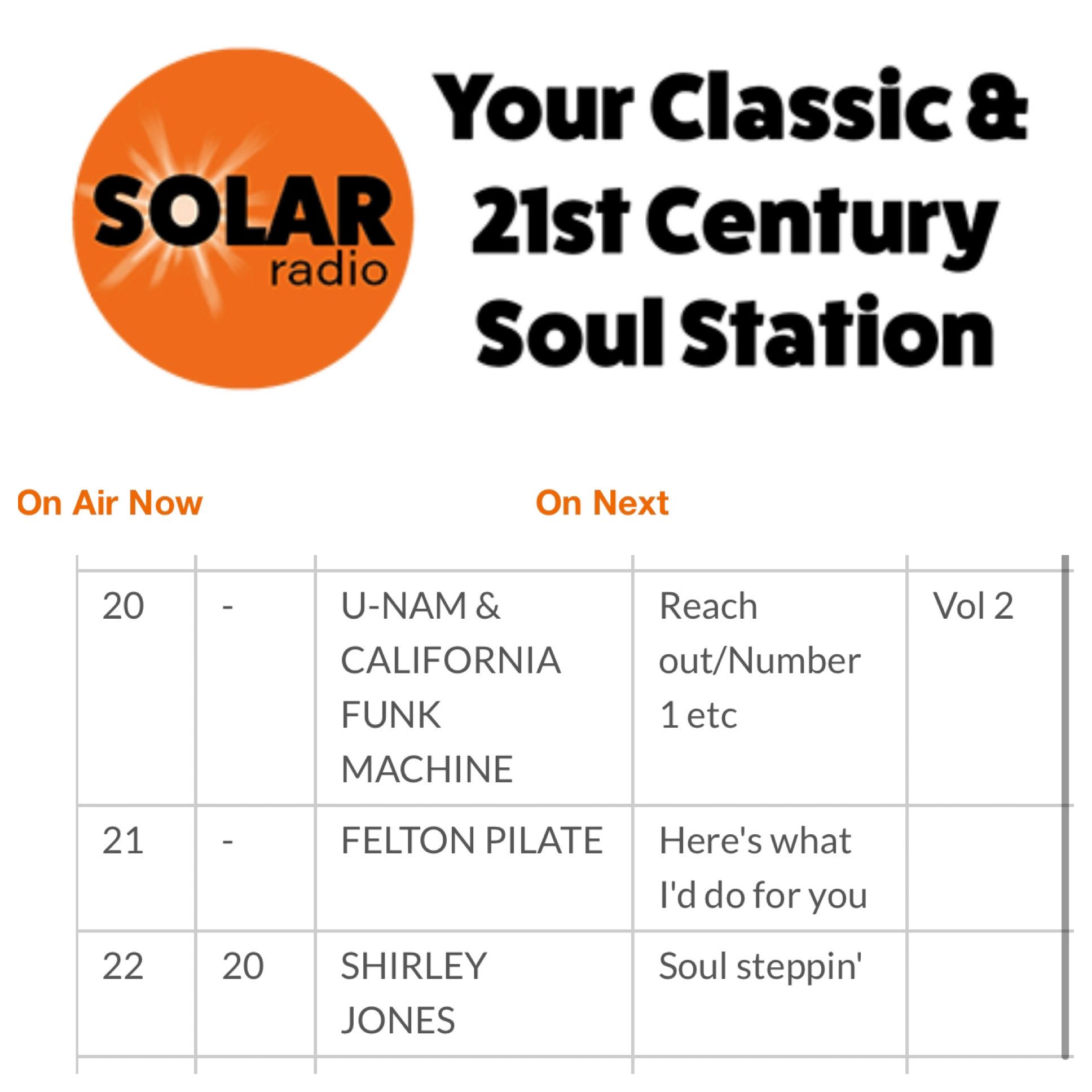 The album was so successful that it was a no-brainer to record a second volume and ‘California Funk Machine Volume 2’ has just been launched. The recipe and repertoire is much the  same as volume 1 save that all the selected tunes this time come from the 80s. U-Nam is once again the ring master. As well as arranging both horns and strings, he also produced and arranged the entire album. As well as that he plays  lead and rhythm guitars, talk box, vocoder, bass, Moog bass, Rhodes, clavinet, synth guitar, keyboards, drums, and horn programming! Many of the core musicians from Volume I grace the new project with the addition of people like of sometime Crusader keyboardist Bill Steinway, pianist Bob Baldwin  and drummer Jorel Flynn.

The new collection’s first single was a cover  of Herbie Hancock’s ‘Rockit’. For the new version U-Nam called  on LA based DJ, composer, music producer, remixer, and sound designer DJ Puzzle to craft the same sort of vibe that Hancock created with DJ Grand Mixer DXT. And that should give you the flavour of what the album’s all about – updating (respectfully)  the classics!

Amongst the other selected songs are Kool and the Gang’s ‘Be My Lady’, Dayton’s ‘Sound Of Music’, George Duke’s ‘Reach Out’ and a largely instrumental version of Maze’s ‘Can’t Get Over You’  on which U-Nam proves his mastery of the soul/jazz guitar while the song section and treatment show once again that the California Funksters don’t “do” the obvious and predictable! What they do do though is deliver soul and funk in spades! 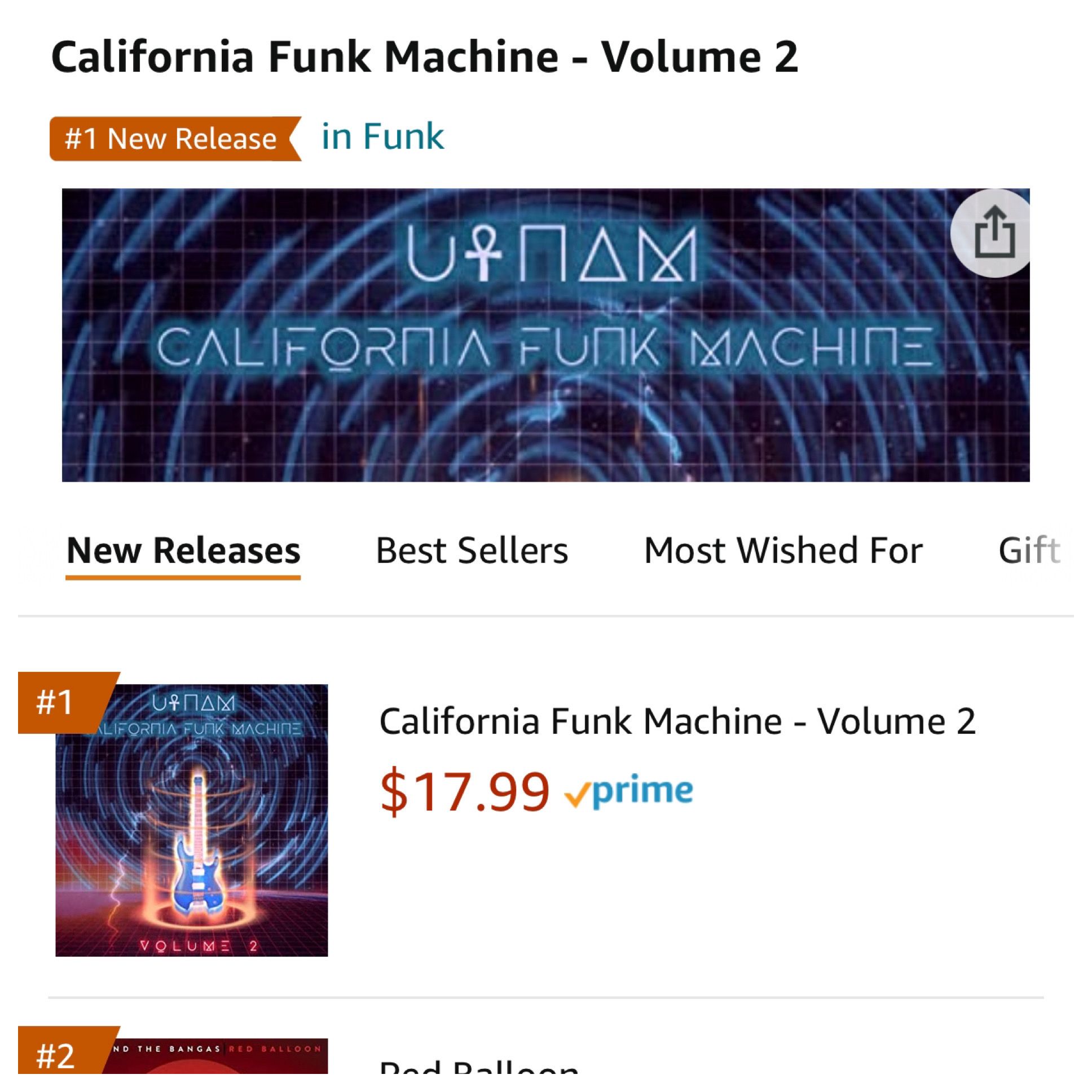 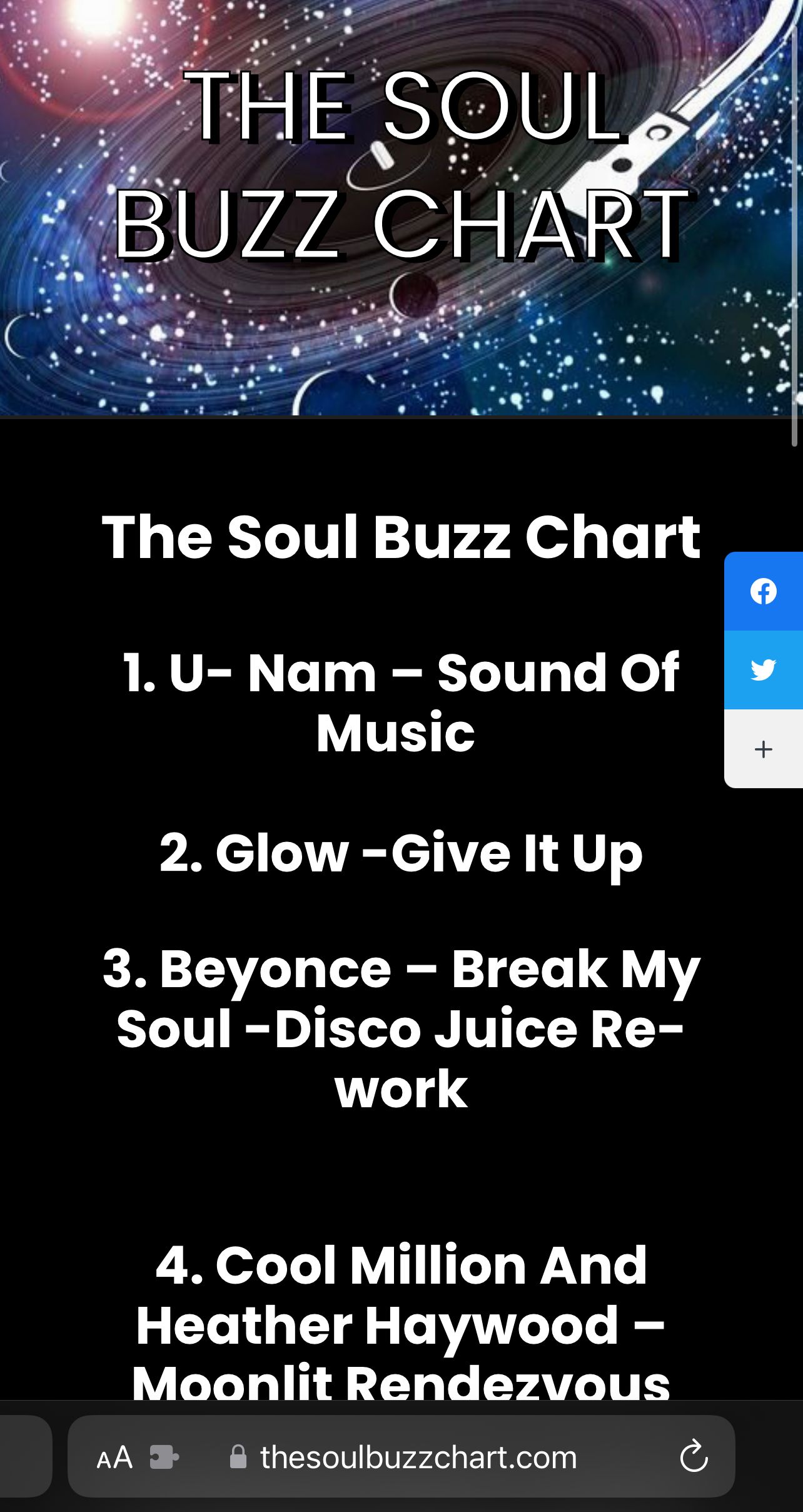 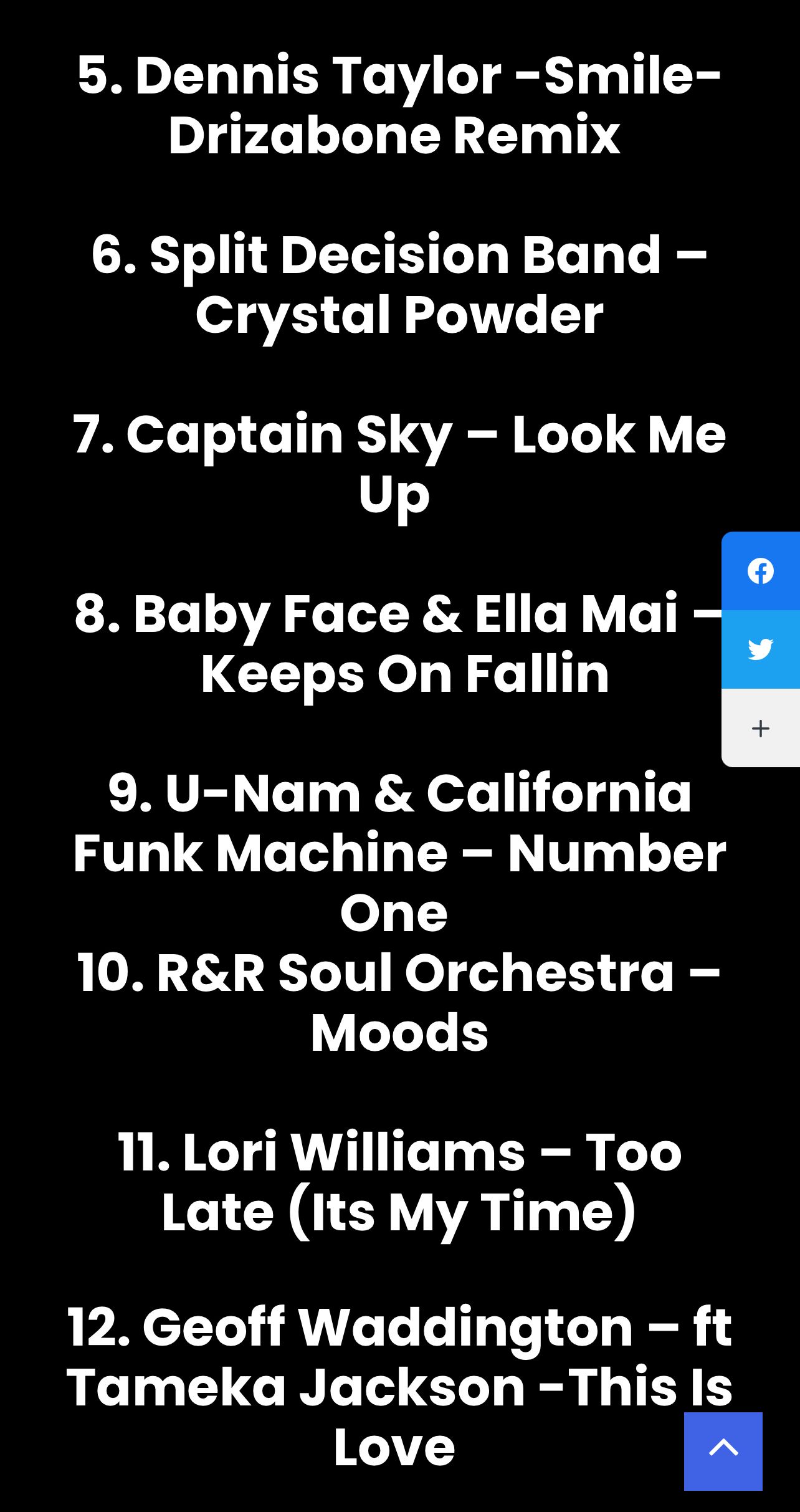 Latest offering from soul-jazz guitar man U-NAM is a lovely 90s- flavoured, groove heavy instrumental ‘Make A Wish’. It’s smooth and sophisticated and is sure to set feet tapping and heads nodding – a proper summery vibe!

Clever old Emmanuel; he handles  lead & rhythm guitars, bass, keyboards, horns and programming on the track. On top of that he wrote, produced, arranged, mixed and mastered the whole package. He had a little help from Raymond Gimenes who concocted  the string arrangement that is played out by Lyudmila Kadyrbaeva on cello and Maria Grig on violin and viola. Percussion come courtesy of Larry Salzmann and between them they craft an  uplifting breeze-chasing groove!

U-Nam’s ‘Make A Wish’ will b e god to go from early August via Skytown Records. 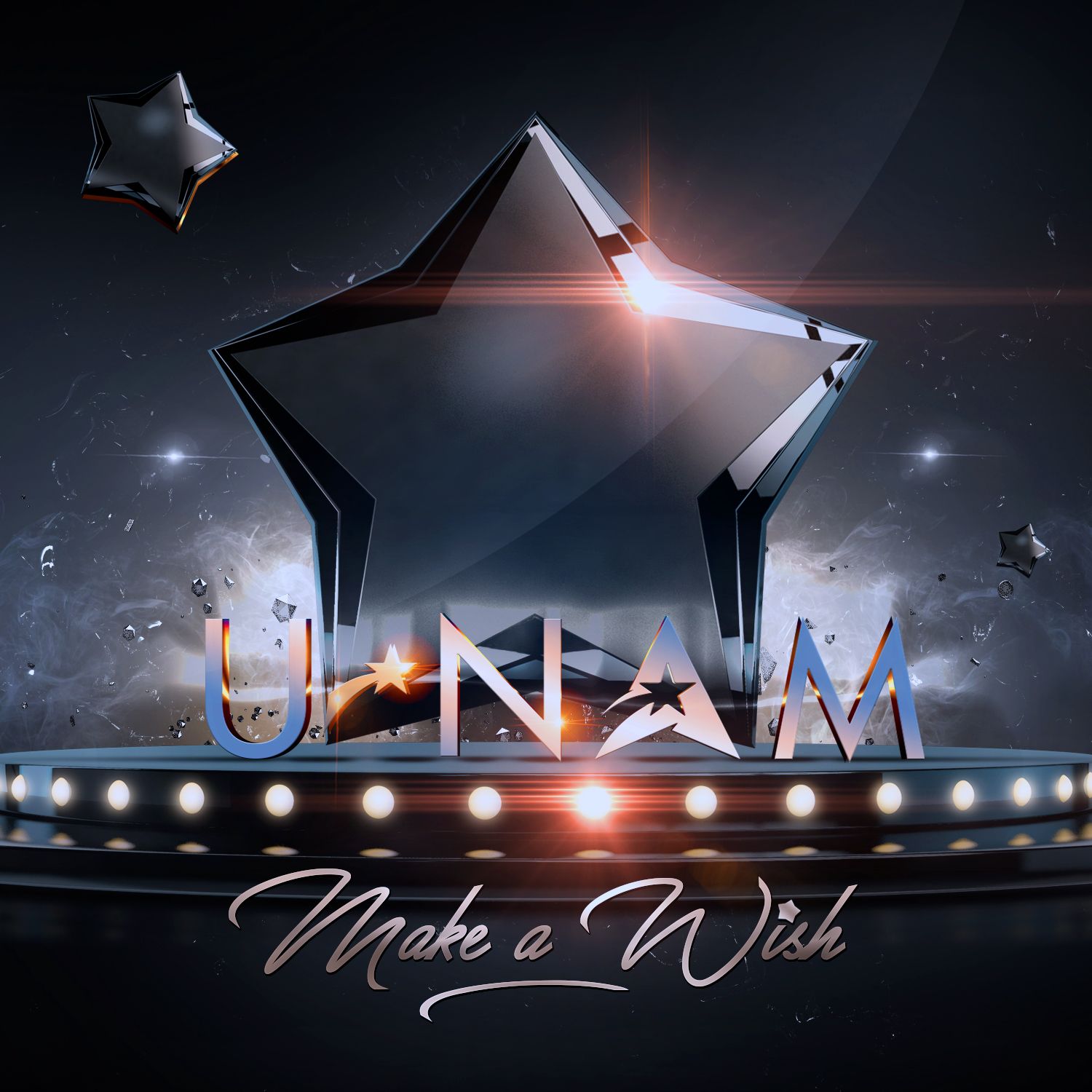 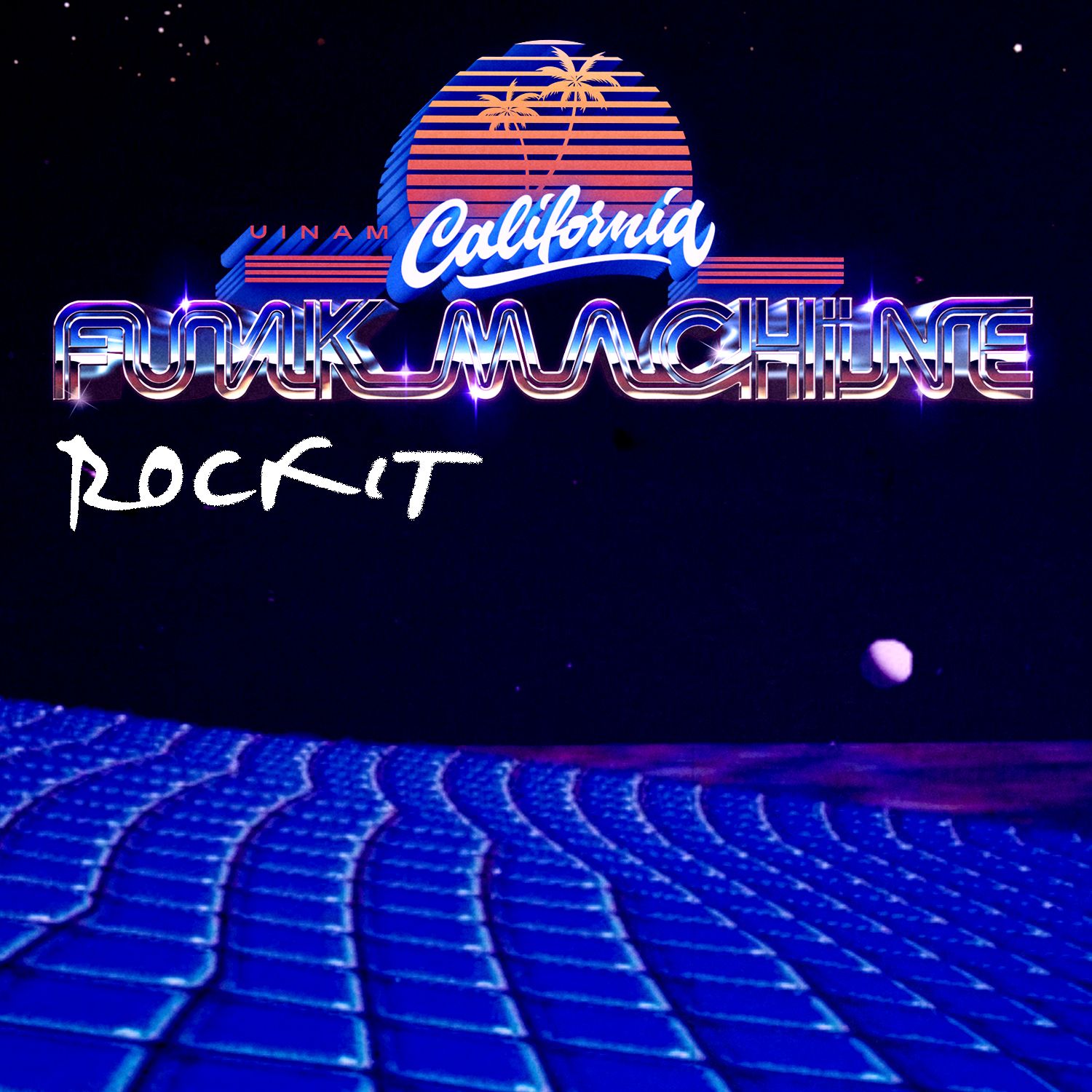 Back in February we were delighted to report on THE CALIFORNIA FUNK MACHINE, a soul collective that was marshalled by French-born, Los Angeles-based soul and jazz guitar man U-NAM. Other members of the “machine” included  bassist Freddie Washington, drummer Michael White, keyboardist Wayne Linsey (both ex-Maze) and vocalists  Marva King (ex-Stevie Wonder band), Frank Burke (ex-Heatwave) , Tony Tatum and Tom Owens… oh, and a full brass and string section!

Their eponymous first album –  energized covers of  classic 70s and 80s funk, disco and soul classics – was critically acclaimed and sold well and the band is now busy working on a second volume. Ahead of that release, U-Nam and the gang have just released a taster single – an explosive take on Herbie Hancock’s 1983 blockbuster ‘Rockit’.

You may remember that at the time, Rockit’ was a real ground breaker – featuring a distinctive scratch style which came courtesy of DJ Grand Mixer DXT. For this new version U-Nam calls on LA based DJ, composer, music producer, remixer, and sound designer DJ Puzzle to craft the same sort of vibe and to enhance   U-Nam’s dextrous and funky guitar work … he says: “May The Funk Be With U”! Amen! 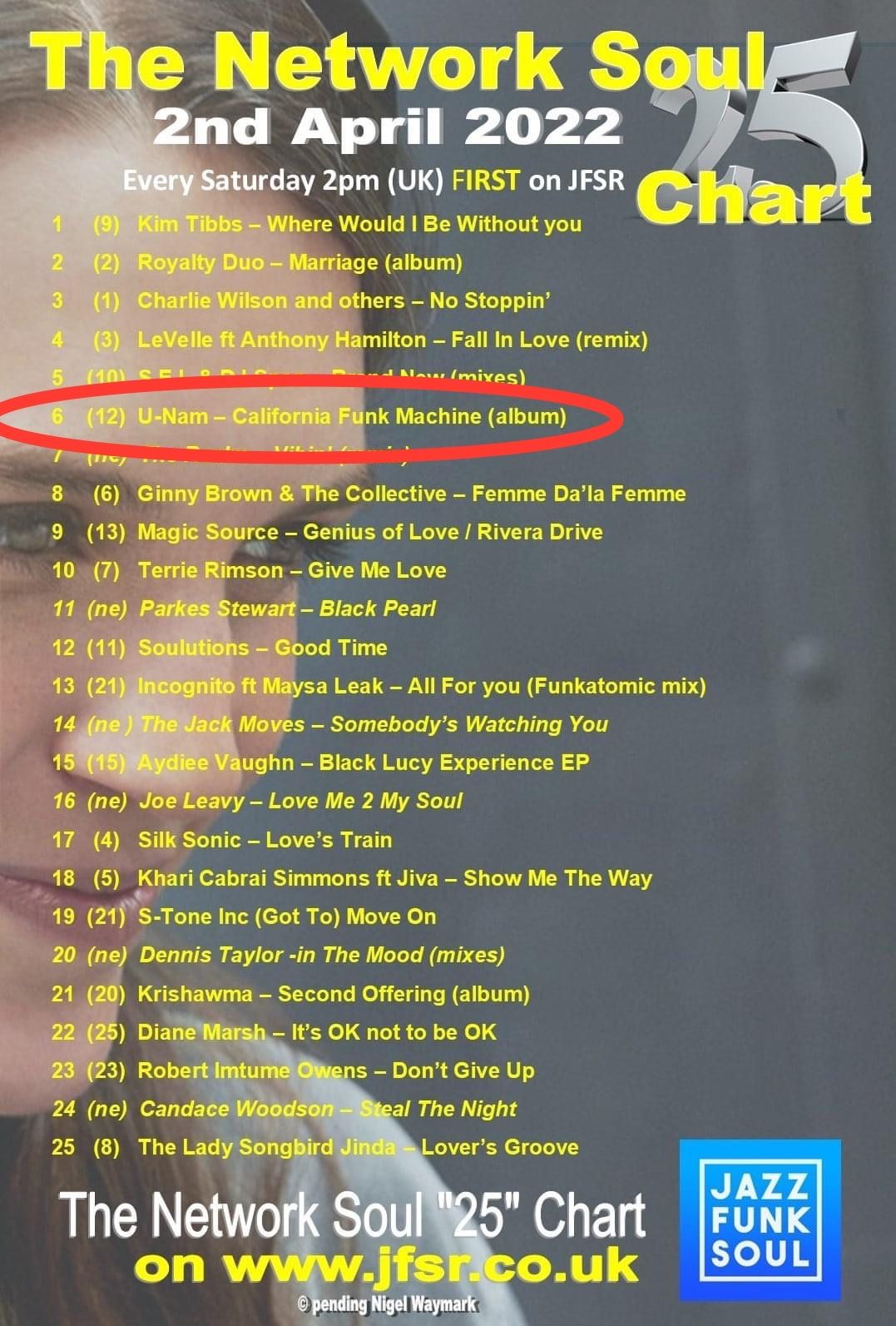 Wonderful start at #20 in the UK Top30 Soul Chart! 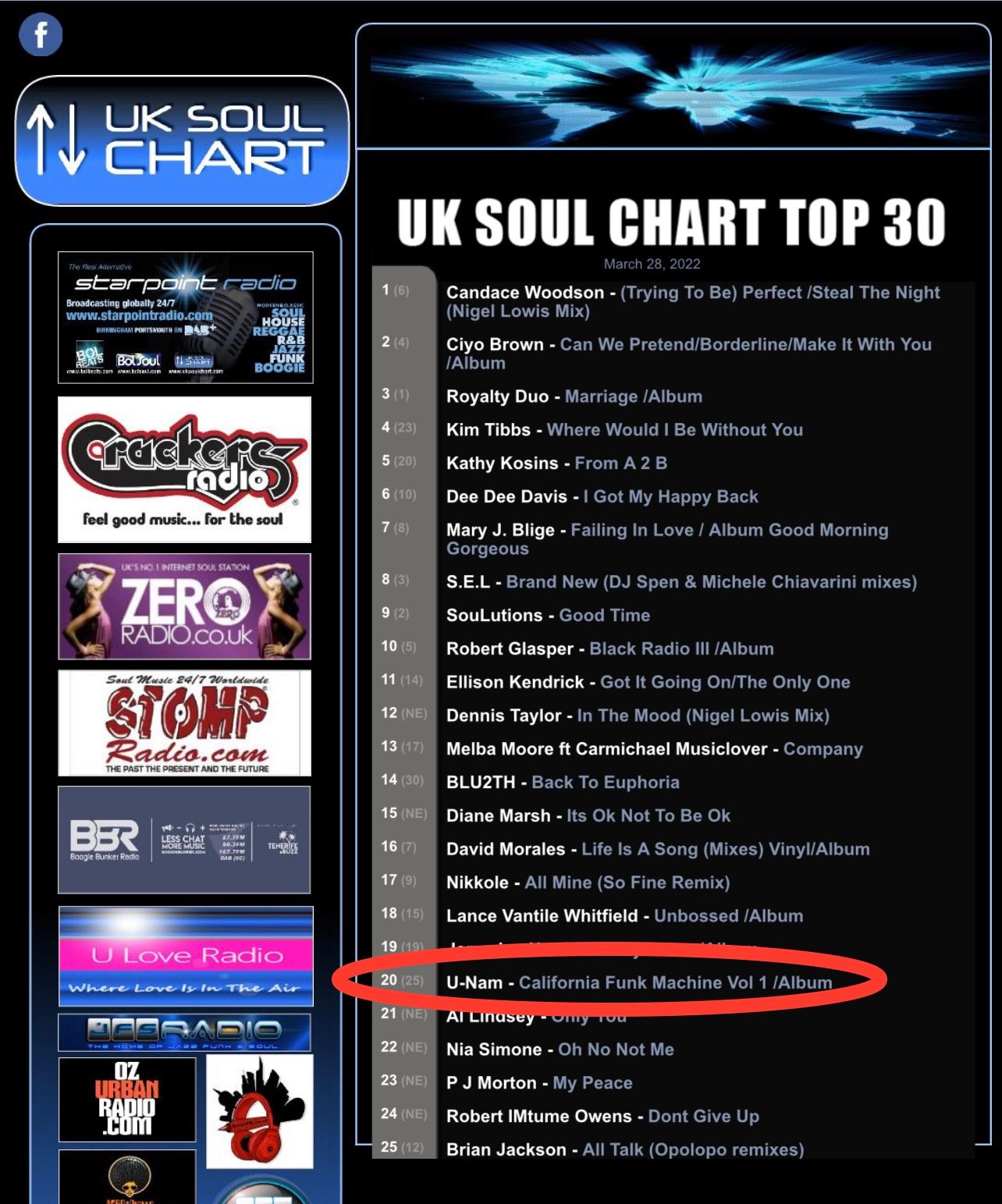